Be it a small birthday party or a lifetime event like engagement or wedding, the invitation cards always mean a lot to us.


Generally, cards are chosen from available designs with the designer. All the hard work to find a suitable and pretty unique invitation card ends with a card design. But, the card also has invitation text. And for that, we just provide some raw invitation and occasion details and the printing studio uses those ages old and pretty generalized invitation text to wind up the task.

Now, there are many online content services available where you can get customized content for your special day invitation card. Customized invitation text not only highlights your personality and character better, it also makes the card really look different and unique.

How to overcome fear of losing job

A job in any field is too vulnerable to feel secure. From uncertainty of business to changing economic equations, you can lose your job to a variety of reasons. Of course, most of the time, you are told that you are incapable or your quality is bad enough to fire you. And in negotiations, office will ask you for a respectable exit through resignation way.

Well, the aforementioned scenario is common and that makes it a part of today's work life. But if there are other reasons like your bad reputation or fear of failure at any point, then you need to read this post carefully and fully.

First and foremost thing that you need to understand is that you are not alone in this mental battle and fear. To see and meet people who are equally or maybe more fearful than you, then look around. all the faces in your office fall into that category. And you thought that you are the exception. Well, anyone who is waking up early, struggling with traffic, compromising on personal life, and spending sleepless nights are the people who need the job as desperately as you do.

Now you would wonder how do they manage to keep their cool in office tension? This is the key that you need to understand and perhaps learn right away.

Why Creative Writing is fun?

Creative Writing is a sheer fun simply because it lets you pour your feelings and expressions out without any rules or regulations. The only rule of thumb is that is should make sense. There are people who would ask you to follow the rules and ensure that all your work is in sync with the rest of the work written elsewhere. Such well-wishers are good but not for you. They are actually people who are not creative at all. A creative person will not need suggestions from others. A creative person rather will draft their own way and then create the history.

You do not need to aim to create history first up. You just need to be expressive and write what your brain dictates. Never worry about spelling mistakes or styles or punctuations for that matter. As they say, write drunk and edit sober, so you always have the opportunity to come back to make it better.

Now, editing does not mean you follow standards set by others. All you need to ensure in Creative Writing is that the grammar is okay and sentences make sense.

For Creative Writing Services, please email at editor.crispcontent@gmail.com
at October 24, 2017 No comments:

Content Development Life Cycle is a systematic approach towards making an idea readable in easy and powerful words.

The Microsoft Manual of Style sets standards for all the writers so that everyone writes the content in the same way. The content written without following the MSTP is not incorrect but it's just not Microsoft Style. And now, since MSTP is used and referenced by many organizations to keep the tone and usage of terms in sync with each other, it is being accepted as a general standard.

For a technical writer, the knowledge of Microsoft Manual of Style standards is always a plus point. If you are aware of MSTP, you know a lot about consistency and many technical writing principles. The knowledge of MSTP becomes all the more important when we know that most of the computers are loaded with Windows Operating Systems and then applications are generally written to be run on Microsoft Personal Computers and devices.

Some organizations use their in-house style guides but if you are aware of Microsoft Manual of Style, you would be knowing most of the style guides without even seeing them. The popularity of the MSTP is one of the main reasons why technical writers prefer MSTP over other style guides developed and maintained by other publishers.
at October 18, 2017 No comments:

As has been said before, your content is a crucial aspect of your business. Your product's unique selling power can only go across to the buyers or customers when you have explained about your product in a proper and precise way. This means you need a content writer. Now picking up a content writer is a tricky thing. A writer with 20 odd years of experience might fail to impress your customers while a fresher might just hit the chord right. Here are some tested pointers that you can consider before selecting a content writer:

Content acts as a tool between your product and its targeted customers. A well-written content while expedites the sale of a product, poorly written articles leaves the potential buyer in a fix and buyers generally skip a product which does not appeal them in the first view.

SLA for Cloud Computing Service Provider As a standard practice,  the customer and service provider enters into a service based agree... 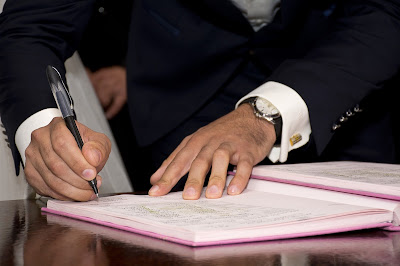